Youth APPLab is an awesome project!  The students, the apps they create, reactions from supporters, and its future potential never cease to amaze me.  This was also case at this year’s Digital Media & Learning (DML Conference) in San Francisco, CA earlier this month.

This year, we wanted to take as many students as possible.  But the trip to San Fran proved to be expensive.  This led us to pursue various fundraising ideas.  Our most successful campaign was on IndieGogo, where we raised $1,500 and a great deal of support.  The video included in that campaign tells the story of our trip to last year’s DML Conference.  A huge thanks to all those who donated!

As a result of careful budgeting, I was accompanied by 3 Youth APPLab students (Shakira – who won a 2012 NCWIT Runner-Up Aspirations in Computing Award, Hamza, and Muhammad), 1 parent (Ms. Graves – Shakira’s mom), our Research Associate (Jennifer), and the Youth APPLab co-instructor (Marco).

Although there were 4 adults on the trip, the focus was entirely on the 3 students. Accepted to participate in delivering content for two workshops, Shakira, Hamza, and Muhammad did all the talking.

First, they shared their Youth APPLab experience to-date and specifically talked about making our ‘Go Green DC: Community Garden Edition’ app (to appear on Google Play by this coming summer). This app helps DC residents learn about and locate community gardens within each quadrant of the city.  This workshop/panel was in conjunction with with Lissa Soep, Asha Richardson and Asiya Wadud of Youth Radio Mobile Action Lab about their app called Forage City, which is an adaptation of Asiya’s Forage Oakland, which helps folks in an Oakland neighborhood share excess fruit harvested from their backyards.  Check out the Ed Week’s blog entry about this panel.

We had great conversations with DML 4 competition winners as well as with a host of representatives from programs all over the country who were interested supporters of our work.  Student reception was so great, that someone even tweeted a suggestion that Youth APPLab students make next year’s conference app – a suggestion we accept, if this ends up true consideration!

But all work and no play makes for a bad trip to San Francisco, so we all ventured out to various tourists attractions as well, like Alcatraz, Youth Radio, and the Exploratorium!  A huge thanks to the Exploratorium Employee who gave us VIP invitations!

This blog entry features sub-entries about our trip from Jennifer, Hamza, and Muhammad below!  These beginning words are simply for introductions!

It was a great trip!  But don’t take my word for it, read blog entries from Jennifer, Hamza, and Muhammad below:

Jennifer Burrell, Research Associate – Uplift, Inc.
My first visit to the city of San Francisco was assorted, ranging from viewing presentations at the DML Conference, to exploring the pier, to touring the prison Alcatraz, to visiting Youth Radio, to investigating “science” at the Exploratorium! As a new member of the Youth APPLab (Uplift) team, I was there to observe, learn, and explore.

The most profound scholarly moment for me occurred when I attended the workshop, “What students learn: Connecting classroom games and measures of student learning” by Institute of Play and Quest to Learn (Manhattan, NY).   As frequently endorsed in discussions with team-members at my own institution of learning (Howard University), the presenters promote goal-based learning, complex problem-solving, integrated need to solve, and assessment in the classroom environment.  They shared their experiences and success in using hands-on and narrative learning, which, from my own classroom observations, just feels and looks “right.” However, at question and answer time, the realities of real-world obstacles in implementing similar learning strategies in public schools surfaced—that is, the obstacle of assessment! The question is: how can a public school cultivate the type of learning possible at Institute of Play, while meeting core standards and testing requirements?

For advocates of positive change in public schools—and the mass of children we cannot leave behind—the question of standards and testing, has become somewhat of a bottom line and fundamental question.  Sitting in the audience I was left to figure out this paradox.  There is no doubt that, as my advisor, Dr. A. Wade Boykin would say, it is time that we shift from supposed assessments “of” learning to assessments “for” learning.  While myself and other audience members are certainly on board and agree that, certainly, there must be greater overlap between the core curriculum, what is actually taught, what is learned, and what is assessed – there is much work ahead in figuring out “how.”

One of my happiest moments while attending the DML Conference was a simple fleeting moment watching business cards exchange hands between one Youth APPLab student and a conference participant during the APP Inventor workshop. Beyond the surface, this gesture represented the accomplishing of one major goal of Youth APPLab student attendance at DML–that is the building of professional relationships and collaborations.  Further, watching Youth APPLab students share their travels thus far on their pathways towards becoming successful entrepreneurs, computer scientists, and engineers was truly special, particularly because they represent a story that often goes untold.  I was proud to witness Youth APPLab students shatter the figurative boxes that individuals in society oftentimes try to fit them into based on age and/or phenotypic characteristics.  These young people not only attended, but also presented their work as a part of Uplift, Inc. and they were well received. The experience leaves me confident that, in the future, there will be even more representation of young budding scientists, African-American scientists, and other groups that are underrepresented in STEM at (and helping to facilitate) the DML Conference.

My trip to the DML conference this year was awesome. The highlight of last year’s trip was building a digital business card app along with Kweku in under 30 minutes. This year, several other students and I spoke on a panel along with others, we assisted with a hands on workshop, and we explored the busy area of San Francisco.

Youth AppLab had a big presence at the conference through the first day. Shakira, Muhammad and I were included on a panel with others about helping communities with technology. After our presentation, the whole panel, along with Ms.Leshell, participated in a Q&A session. During the session, a participant suggested that we make an app for the DML conference. We left and prepared for the second workshop after we answered some questions. During the second workshop, we assisted with the hands on project for app inventor. At the end of the workshop, we socialized with the participants and gained a few contacts.

After a busy first day, we had the rest of the of the week to explore. Shakira, Muhammad, and I walked around the various stores that were there. Fortunately, our hotel was literally around the corner from every store. On Friday, we visited Alcatraz. To get to the island, we had to catch a ferry. This was the first time I’ve ever been in a boat. Throughout the trip, I’ve learned interesting things. Later on that day, we visited the Youth Radio headquarters, which, as the name suggests, is a radio show hosted by youth in Oakland. We were given a tour of the building and took a quick peek Into their kitchen, which is where some of the youth cooked meals for everybody in the building. Unfortunately we couldn’t stay long enough to watch the actual show that was planned for that night. On Saturday, we visited the Exploratorium which is a museum based on science and technology. At first I thought it was like a traditional museum where you would look at pictures and objects, and learn some history. Well I was wrong. You still learned history, but the pictures and objects were engaging and entertaining experiences.

Throughout my whole experience with Youth AppLab, I gained a sense of how important science, technology, engineering, and math is in our lives. This experience really motivates me to pursue the field of software engineering whether it be in a company such as Google and Microsoft, or an entrepreneurial option through the business my brother and I created, Snikwah Interactive.

My trip to the 2012 DML Conference was an awesome and unforgettable experience. After the 12 hour flight to San-Francisco we were all tired and hungry, so the whole Youth APPLab group we were traveling with ate dinner, and went to our hotel room to go over the presentation we were to present the next day.

The conference we attended was huge and a lot of important people were there, such as one lady who was on the team that created App Inventor. I was on a panel along with two other Youth APPLab students, Hamza and Shakira, and we presented with others about helping communities with technology. The presentation went great, and then the audience began to ask questions. It was during the Q&A when someone suggested that we create an app for the DML conference. The second workshop we attended, our instructor Ms. Leshell was giving a presentation about App Inventor along with someone else who teaches App Inventor in the Bay-Area. During that workshop we had to walk around and help people create a simple app with App Inventor.

After the workshops we were supposed to attend, we were free the rest of the week. We visited a lot of different stores around the area our hotel was in. On Friday we visited Alcatraz, which is a federal prison that they shut down due to high maintenance costs. To get to Alcatraz we had to take a ferry because it was on a an island. It was an interesting experience. Later that day we went to Youth Radio, which is a radio station for youth in the Oakland area. We took a tour around the building, and it is definitely a nice place. On Saturday we visited a place called Exploratorium, which is a science and technology museum. At this museum they had some of the coolest exhibits that I’ve ever seen in any museum I’ve visited.

Being apart of Youth APPLab is what gave me an opportunity to go to the DML conference, and has given me the skills and knowledge to create Android apps. It’s because of Youth APPLab that I want to become a software developer, and why my brother and I came up with an Android App development company of our own. 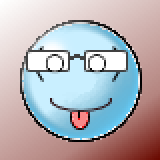 Leshell Hatley is the Founder of Uplift, Inc., the nonprofit that submitted Youth APPLab for the DML Competition.

This is so awesome. You guys rock!

Awesome write up, and we love what you guys are doing. There are plenty of people out there developing ‘throw away’ apps just to get on the bandwagon, but you’re project is adding some real value – to the kids that are taking part, and the app community, with the socially-focused apps you’re developing. Awesome!. Here’s hoping you can get some more funding or fundraising success to enable more kids to take part in these types of events.